On 11 March 2014, Knowledge Unlatched Pilot Collection books became available for anyone in the world to read or download for free on a Creative Commons licence. This was the culmination of a behind-the-scenes process of loading the books onto our partner host platforms: OAPEN and HathiTrust. The books became live on the OAPEN platform first – followed soon after by HathiTrust. A few books in the collection are yet to be published but as they are, they are also being made available via these platforms.

An overview of the availability status for all of the KU Pilot Collection titles can be seen here.

Helping authors to connect more effectively with readers that value the knowledge and ideas contained in scholarly books is central to the KU mission. Usage data has an important role to play in helping us to understand the extent to which the KU Pilot has succeeded in accomplishing this goal.

It is exciting, then, to see that OAPEN recorded 6,301 downloads of KU books in the first 12 weeks that the collection was available online. Readers in at least 121 countries downloaded books from the collection.

The OAPEN data provided below is COUNTER compliant. This means that raw download figures have been filtered according to a standard methodology, in order to ensure that the numbers represent real downloads rather than the activity of online bots. OAPEN work with IRUS-UK, a Jisc-funded repository and infrastructure service. The period covered by the data is from 11 March to 31 May 2014.

Number of countries downloading KU titles: 121*
*The country of origin of 56 downloads could not be identified.
Mean average number of downloads by country: 52

Where are KU Pilot Collection books being read? 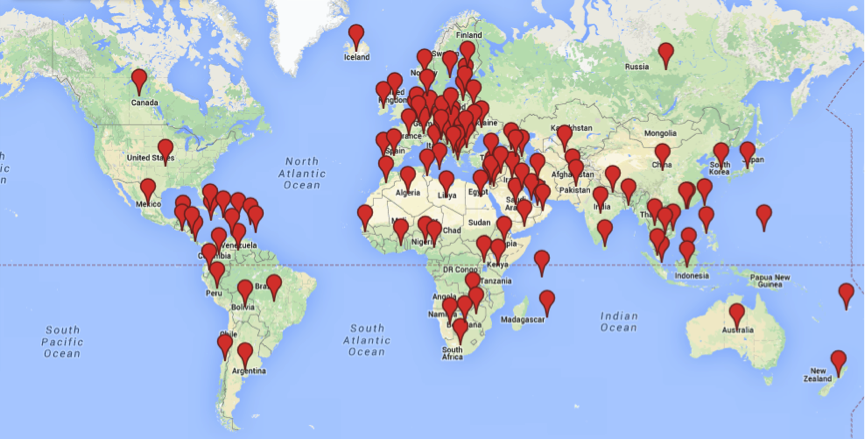 A more comprehensive analysis and further usage data will be included in the full KU Pilot Report, which is due for release in a few months.

KU is also working with HathiTrust to gather usage data.

All of the books in the KU Pilot Collection are being made available on licences that allow for sharing by others, as long as it is for non-commercial purposes. This means that users have permission to share PDFs with each other directly via email or messenger. It also means that the books can be made available for download for platforms other than OAPEN and HathiTrust, which KU is partnering with directly.

This approach to licencing is already helping to increase the reach of the KU Pilot Collection titles. Unglue.it recently posted the books in the Pilot Collection to the Internet Archive, increasing their visibility and discoverability and helping to promote the KU project and the publishers that are engaging with it.

The flip side of allowing much wider sharing of KU books is that gathering comprehensive usage data becomes much more challenging. For now we can say with confidence that the download figures being gathered by OAPEN and HathiTrust are just the tip of the iceberg!

So, join in the Open Access movement and have a read of the KU Pilot Collection books today!