Knowledge Unlatched asked authors who took part in the KU Round 2 Collection about their experiences of Open Access and the KU approach.

Here is an interview with Steven Pierce, author of Moral Economies of Corruption: State Formation and Political Culture in Nigeria (Duke University Press). 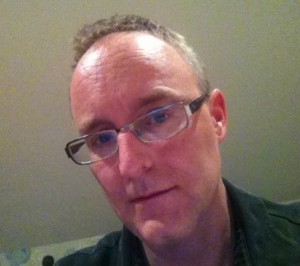 What were your hopes for your book, and do you think Open Access has played a role in achieving them?

I am most interested in having a wide readership for my book, particularly in Nigeria, and more generally in Africa and elsewhere in the global South. While it is still early days, I am quite certain many more people have had access to the book than would have been the case if they were dependent on international book distribution and had to pay a sum which represents a considerable portion of average income in Nigeria.

Do you think that making your book available on an OA licence has increased its reach and impact? – Have you seen any concrete indications of this?

It’s hard to be certain so early after it has been made available. I have heard informally from large numbers of people in Nigeria that they’ve had a look at the book, which I think indicates that the OA license has been effective.

What other benefits have you seen from participating in Knowledge Unlatched?

Again, it’s a bit too early to tell. I think that wide distribution and making the research more readily available are the most important effects. Ultimately, I hope it will make it possible to have broader discussions on my research and allied topics by making the book accessible.


I hope it will make it possible to have broader discussions on my research and allied topics by making the book accessible.

How have you been promoting your OA book?

Has your opinion about OA in general changed since your book was published through the Knowledge Unlatched collection? If so, how?

I don’t think it has changed. I was supportive before publication, and I continue to be.

What do your friends/colleagues think about your decision to allow your book to be made available for free under a CC licence? Has their opinion changed following publication through Knowledge Unlatched?

They are impressed by the accessibility my book has, and they particularly appreciate the fact that my book manages both to be open access and to have the imprint of Duke University Press. I believe many of them would be interested in participating in future iterations. 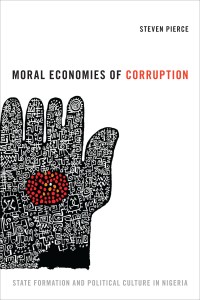 Steven Pierce is Senior Lecturer in Modern African History at the University of Manchester. He is the coeditor of Discipline and the Other Body: Correction, Corporeality, Colonialism, also published by Duke University Press, and the author of Farmers and the State in Colonial Kano: Land Tenure and the Legal Imagination.