Berlin, 12th February 2018. Knowledge Unlatched (KU) has released its Open Access Heroes for 2017. The most downloaded book title from its collection in 2017 is „A people’s History of modern Europe“ by William A. Pelz with 7,397 readers. Among the more than 60 KU publishing partners Pluto Press is the publisher that showed the highest online usage. The academic institution with the highest usage worldwide in 2017 was Freie Universitaet in Berlin.

“It is our mission to maximize usage of Open Access content, together with libraries and publishers around the world”, says Dr. Sven Fund, KU’s Managing Director. “With the new project of Open Access Heroes, we want to put the spotlight on those authors, publishers, and institutions that have seen extraordinary interest from researchers.”

Knowledge Unlatched has produced an infographic in the form of a poster based on its analysis, which can been found below or downloaded here.

In the future, KU will identify its Open Access Heroes based on the online usage from the previous year. It will award top performance in the following disciplines: Most Read Author, Most Active Institution, Most Read Publisher and Discipline Most Active in Open Access. The analysis is based on download figures from KU’s hosting partners OAPEN and JSTOR.

About Knowledge Unlatched (KU): KU offers free access to scholarly content for every reader across the world. Our online platform provides libraries worldwide with a central place to support Open Access models from leading publishing houses and new OA initiatives. 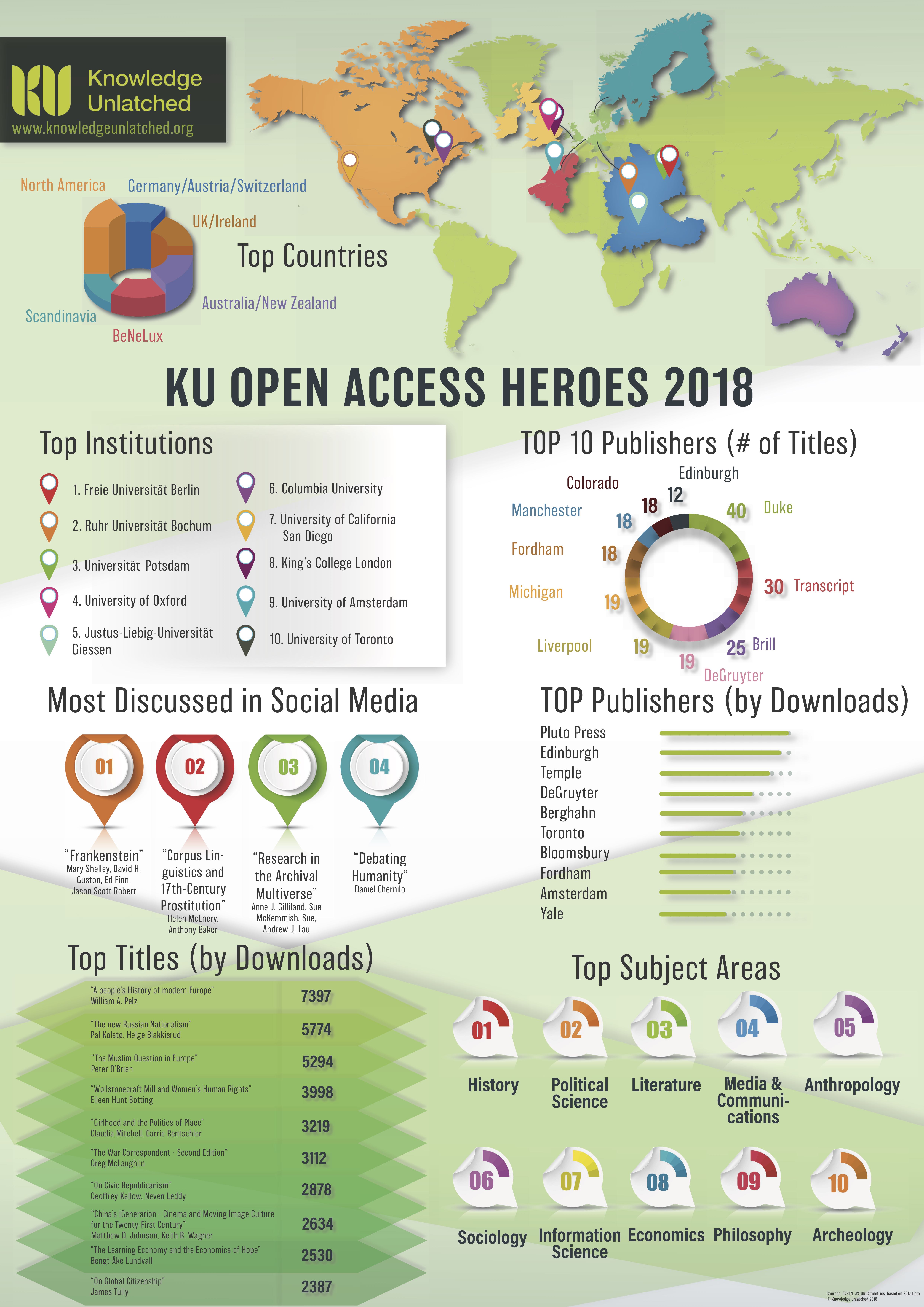